Texas will be extra-hotter this March 11, as the rising Latin popstar, Kenia Os, brings her "K23 Tour" to McAllen Performing Arts Center. Groove to the beat of Kenia's catchy songs such as "Por Siempre," "Escríbeme," and her new hits from her latest album, including "Todo My Love," "Mia Mia," "La Invitación," and many others. If you are part of the burgeoning fanbase of this 23-year-old artist, you don't want to miss this concert event. Whether you have been an avid fan since her YouTube vlogging days or just recently discovered her fresh, promising music, you are more than welcome to party with hundreds of fans in Mcallen, Texas's famous venue. Reserve your tickets today and make Kenia's show a concert date for you and your friends! 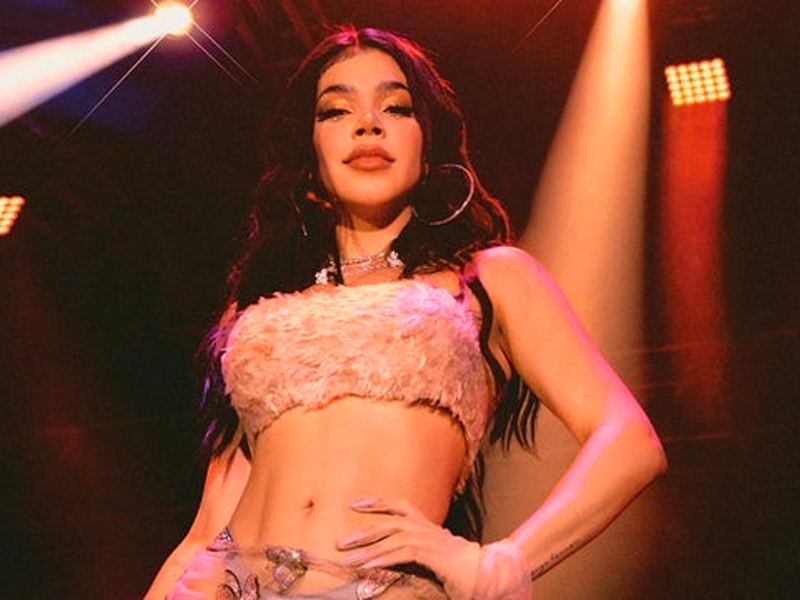 Mexican singer-songwriter Kenia Guadalupe Flores Osuna, best known by her stage name Kenia Os, became famous after posting videos on Youtube. Lifestyle vlogs, friend tags, challenges, and reactions are some of the things she posts. After posting numerous videos since 2015, the Mexican internet star now has 7 million subscribers. Since Tiktok became the most popular social media platform, she also has started creating content there and has gained 13 million followers.

Her popularity on Youtube catapulted her career in music. In 2018, Lizios Music signed her to their label. Immediately following this event, she released her debut single, "Por Siempre." After producing songs with the label, she left it and started creating songs independently. When 2022 arrived, her career reached new heights. This was kicked off when she signed up with Sony Musc Mexico. A few months after, she released her debut album "Cambios de Luna." This release was historic, breaking records for the most streams of an album in a day in Mexico. This album was followed by the release of her sophomore album "K23," seven months after.

On her tour next year, Kenia will be performing at the McAllen Performing Arts Center in McAllen, Texas on Saturday, March 11, 2023. Tickets for this concert are already available. Get yours now!