Take a musical sound trip to the past when you come and see the retro revival masters Scott Bradlee’s Postmodern Jukebox! The sensational jazz and swing ensemble is embarking on a much-anticipated outing this last quarter of 2022! On Sunday, 27th November 2022, Postmodern Jukebox stops in McAllen, Texas, and performs their biggest hits at the McAllen Performing Arts Center! If you love retro music, you’ll surely have an incredible time seeing Postmodern Jukebox perform renditions of today’s biggest hits! Hurry and grab your tickets now and see the highly-regarded music collective led by Scott Bradlee! 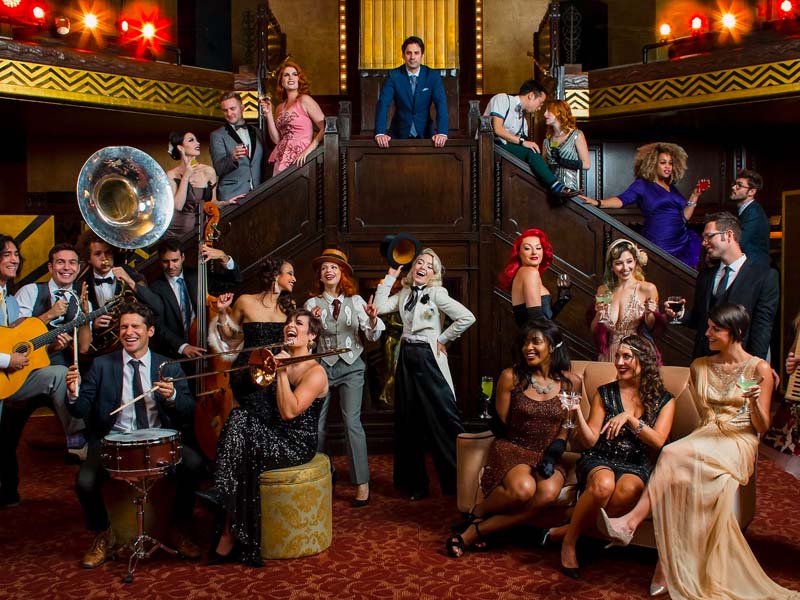 Iconic retro revival group, Scott Bradlee’s Postmodern Jukebox, has been creating some of the most groundbreaking renditions of modern music’s biggest hits. The music collective, which began its early days performing songs on Youtube, has released notable covers of “Single Ladies” by Beyonce,” “Cry Me a River” by Justin Timberlake, “Oops I Did It Again” by Britney Spears and many more! These songs are given a retro sound of swing, jazz, ragtime, and Motown, among others. The group consistently updates its setlist with the trendiest hits. Some of their most recent covers include “Habits” by Ed Sheeran,” “Can’t Feel My Face” by The Weeknd,” and “Stay” by Kid Laroi and Justin Bieber.

The music ensemble spent its beginnings recording live performances in Scott Bradlee’s apartment in New York. Bradlee, a pianist, arranger, and composer is influenced primarily by jazz, ‘50s R&B, and the musical styles of great performers from the past like Frank Sinatra, Jackson 5, Peggy Lee, and more. Apart from maintaining its core group, Postmodern Jukebox has recruited over 70 musicians from all over the globe. Many served as secessionists or guest musicians.

Since their debut in 2011, Postmodern Jukebox has released 27 albums and EPs and amassed more than 1.8 billion views on Youtube! If you’re keen on experiencing retro music with a twist, you should hurry and score your tickets now to see Scott Bradlee’s Postmodern Jukebox at the McAllen Performing Arts Center on Sunday, 27th November 2022!