Valley Symphony Orchestra bring you the beloved holiday tradition, A Touch of Frost, to McAllen Performing Arts Center on Friday, December 2nd, 2022. Sponsored by Frost Bank, this year’s concert features the Valley Symphony Chorale, conducted by Dr. Sean Taylor, performing selections from The Nutcracker and Handel’s Messiah. Plus, the very special guest tenor, David Sadlier will be performing with full symphony and chorale, Mariah Carey’s classic, All I Want for Christmas! Santa will also be here for pictures with the little ones and providing plenty of holiday cheer, so get your tickets now for everything a holiday concert should be. 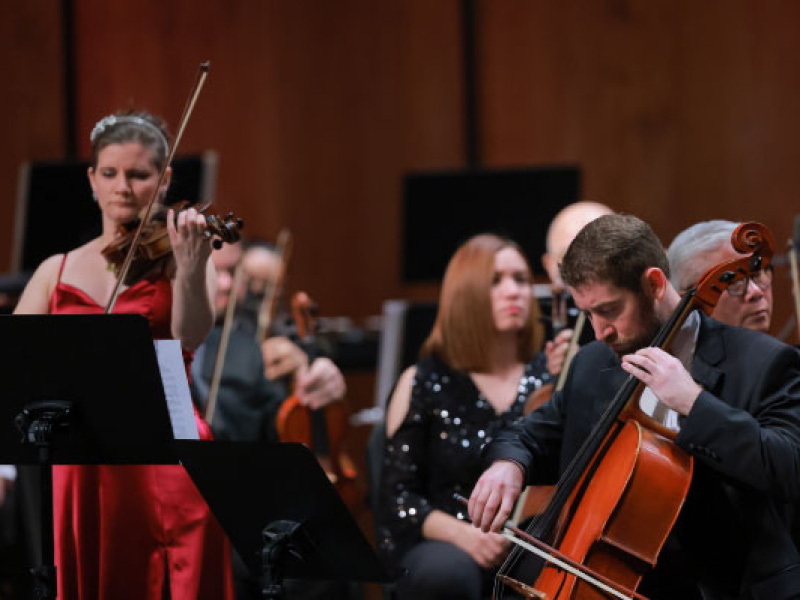 Mariah Carey released her fourth studio album, and first Christmas album, Merry Christmas in October 1994. The album featured cover versions of popular Christmas songs in addition to original material, the three promotional singles released in the US were "All I Want for Christmas Is You", "Jesus Born on This Day", and "Miss You Most (At Christmas Time)". "All I Want for Christmas Is You" is Carey's biggest international hit of her career, breaking several records worldwide and topped the charts in twenty-six countries, including Australia, Canada, France, Germany, the UK Singles chart and the US Billboard Hot 100, it became the best-selling Christmas song by a female artist and one of the best-selling singles of all time, selling over 16 million copies worldwide, it is certified Diamond in the US, six-times Platinum in the UK. Carey re-recorded the song for her second holiday album, Merry Christmas II You, in 2010, and again as a duet with Canadian singer Justin Bieber for his 2011 album, Under the Mistletoe.