Fans of the legendary Argentinean pop/rock band, Los Enanitos Verdes, will certainly be bouncing off the walls as the Trio from Buenos Aires will invade the McAllen Performing Arts Center this Friday, July 22, 2022. Singing their signature Spanish songs such as La Muralla Verde, Lamento Boliviano, Guitarras Blancas, and Luz De Dia, this Grammy-nominated band is expected to make the hearts of their loyal fans leap for joy. So grab your tickets now and have the chance to meet these Little Green Dwarves — the literal English translation of their band name — in a night of pure music and raw emotions delivered in the language of romance, Spanish. Get your tickets now and prepare to be enthralled by the green dwarves' magic of music that even non-Spanish folks would surely enjoy! 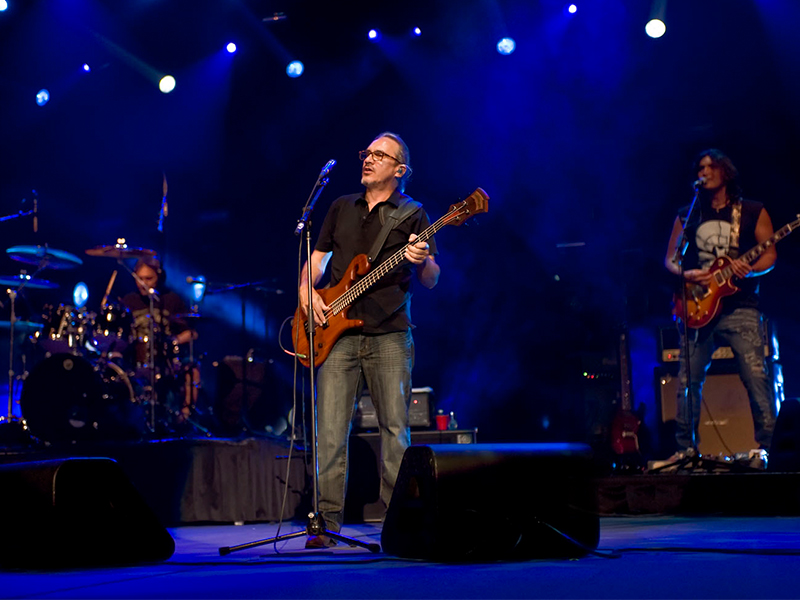 Many loyal fans of the Argentinian rock trio Los Enanitos Verdes were undeniably ecstatic when the band announced their 2022 tour across 17 cities in the United States. This is not surprising as the band is one of the few ones who established a name even in a non-Spanish fanbase outside their country.

The veteran trio has fifteen albums produced in their long, prolific careers. They have charted the Latin Billboards and made several successful concerts and tours both in South and North America. The most notable is their tour collaboration with the Spanish group Hombres G in 2018, which made waves across the US.

Originally from Mendoza, Argentina, Los Enanitos Verdes have proven themselves as one of Latin America's musical legends, reaping awards, nominations, and prestigious recognitions in multiple countries throughout their solid career. Their 1999's Grammy-nominated Nectar, an EP, as well as countless compilations, made them a household name for most Spanish rock fans in the US. Thus, expect to be seeing both old and new fans sing along to their hits this summer. So reserve your tickets now and brace yourselves as legendary bands like this don't come very often.