One of Mexico's most in-demand pop stars is ready to invade the US concert scene this 2023! The voice behind the famous song "Adelante Corazón," María José, is coming to McAllen Performing Arts Center on January 28 to give her Texas fans one of the best shows to welcome the year's concert season! Join the 46-year-old pop star as she brings the famous McAllen venue down with her show-stopping performances that will surely thrill audiences of all ages. Get your tickets today and be awed as the former Kabah member perform her greatest hits, including "Lo Que Tenías Conmigo," "Él Era Perfecto," "Prefiero Ser Su Amante," and "Me Equivoqué," among many others. Show your love and support for María José by purchasing your tickets as early as today. Click the "Get Tickets" link to get one for you and your concert buddies. 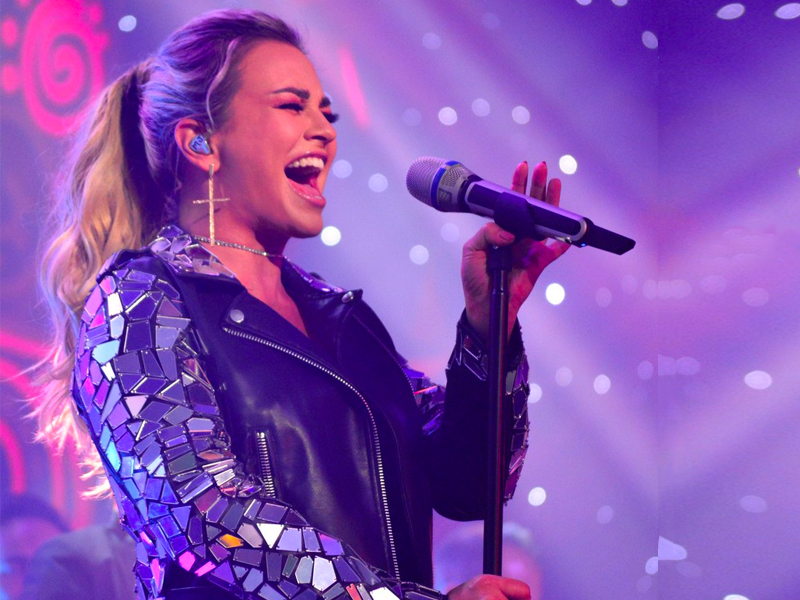 Mexican singer Maria Jose has a long music career. When she was 15, she became a vocalist for the famous Mexican band Kabah. By 2006, she gained the courage to go solo. With long experience in the industry, she paved the way to releasing six all equally successful albums. In 2007, she released her debut self-titled album. It did considerably well in Mexican charts. However, she struck gold when "Amante de lo ajeno," her second album released in 2009, reached the second spot on the Mexican charts. Her third album, "Amante de lo Bueno," released in 2010, was much more successful, earning the top spot. "De Noche" (2012) and "Habla Ahora" (2016) followed suit, both reaching the top three spot. "Amante de lo Ajeno" and "Amante de lo Bueno" were both platinum and gold certified by Asociación Mexicana de Productores de Fonogramas y Videogramas (AMPROFON). Furthermore, "De Noche" gained gold certification.

Along with being a stellar musician, she is a ballet and flamenco dancer, an athlete, and a well-known personality. When she was 14, she joined Maria Elena Anaya's Spanish Dance Company and danced on stage for the first time.

Maria Jose will be at McAllen Performing Arts Center in McAllen, Texas, on Saturday, January 28, 2023, for a concert event that will entertain her most loyal fans. Get your tickets to see her live!