The Book of Mormon Tickets

On Monday 9th January 2023, McAllen Performing Arts Center is proud to welcome the 9 Tony Award Winning, The Book of Mormon back to the stage. If you have never experienced this theatrical performance before, then you can't know what your missing. This act has been selling out across the USA with theatre lovers and newcomers alike who are amazed by their incredible performance. The Book of Mormon is a well received production and will have a temporary residency in Mcallen and you will only get to see it on the McAllen Performing Arts Center stage. You're bound to have a captivating night and don't even have to worry about parking, thanks to the easily accessible public parking right around the corner. 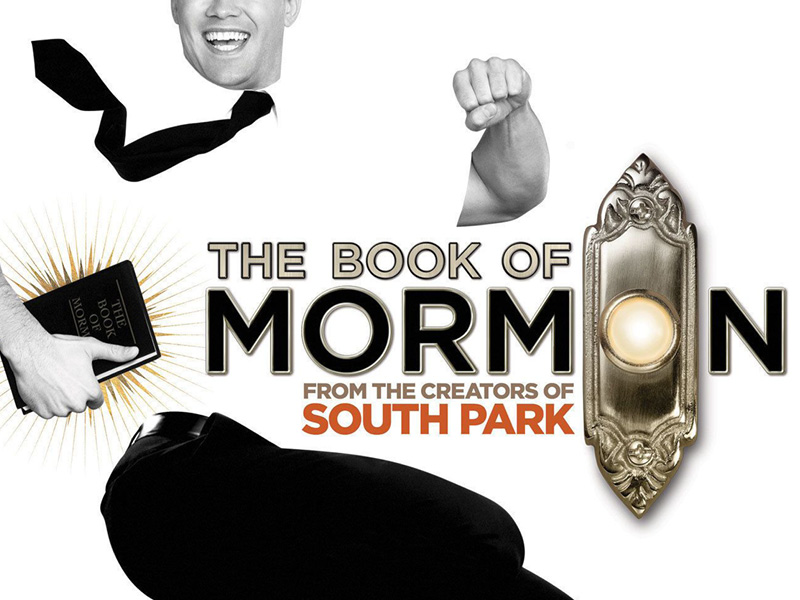 The hysterical Book of Mormon! Grab your tickets and get yourself to McAllen Performing Arts Center for the filthiest show you will ever see! Brought to you by the creators of South Park. The book of Mormon will have you howling in your seat! Follow two Mormon missionaries, the devout, supercilious missionary-to-be Elder Kevin Price and Elder Arnold Cunningham, an insecure and compulsive liar, as they arrive in a secluded village in Uganda in the heart of deepest darkest Africa. Determined to succeed where every other sect has failed and bring the light of Joseph Smith to these unwashed heathens, Elder Arnold will weave you a tale with pieces of science fiction and fantasy combining Joseph Smith, hobbits, Lt. Uhura, Darth Vader, Yoda and throw in some sex with a small green frog to cure their AIDS, rationalizing that if it helps people, it surely cannot be wrong?
The Book of Mormon was awarded nine Tony Awards, including Best Musical, and a Grammy Award for Best Musical Theater Album, it has grossed over $500 million, making it one of the most successful musicals of all time! What are you waiting for? Grab your tickets for the filthiest, most offensive, and—surprise—sweetest thing you’ll see on Broadway this year!