This coming spring, Colombian folk-pop outfit Morat is embarking on a long-awaited U.S. tour! The quartet is making waves on the Billboard Latin Charts, bringing the Si Ayer Fuera Hoy (If Yesterday Was Today) World Tour to the State of Texas! On Friday, 3rd February 2023, Morat is set to conquer the McAllen Performing Arts Center! The show is part of the band’s extensive U.S. leg that will feature all their hits and fan favorites, such as ‘Mi Nuevo Vicio,” “Como te Atreves,” “Yo Contigo Tu Conmigo,” and many more! If you love Latin folk music, you better come and see Morat perform their high-energy set at the McAllen Performing Arts Center! Hurry and grab your tickets now! 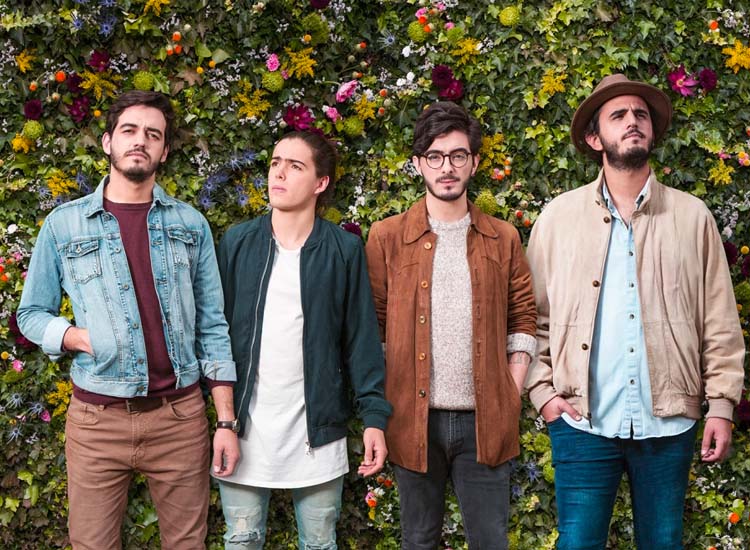 Morat is a Latin folk-pop band hailing from Bogota, Colombia. The members, Juan Pablo Villamil, Juan Pablo Isaza, Simon Vargas, and Martin Vargas, are lifelong friends who grew up playing music together. Influenced by the likes of Bacilos, Eric Clapton, and Joaquin Sabina, the band pursued their music career and named themselves “Morat.” In 2015, the band collaborated with singer Paulina Rubio and released the single, “Mi Nuevo Vicio.” The song received worldwide acclaim, entering the Billboard Latin Airplay chart at number 12, topping the chart in Spain, and even receiving platinum status. The same year, the band released their debut single, “Cuanto me Duele,” which entered the Spanish charts at number 53 and earned a gold certification in Spain. Morat’s sophomore single, “Como Te Atreves,” became their breakthrough single as lead artist. The song soared to number 2 on the Spanish charts and earned double platinum in Spain and five-time platinum status in the U.S.

After their groundbreaking single, the band regularly earned platinum certifications for most of their releases. In 2016, Morat finally dropped their debut album, Sobre el amor y sus efectos secundarios (About Love and Its Side Effects). The album was a chart-performing success and went platinum in Mexico, gold in Spain, and the U.S. Two years later, Morat came out with a monster hit single, “Cuando nadie ve.” The song was featured in the band’s sophomore album Balas Perdidas, which went number 1 in Mexico and Spain. The album notably earned diamond status in Mexico, platinum in Spain, and gold in the U.S.